OFCCP in the Biden Administration 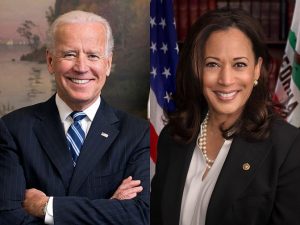 The Biden Administration introduced a number of changes last week with several Executive Orders and the appointment of a new OFCCP Director. Kairos will briefly discuss these changes and what to expect going forward. (4 minute read)

Historically, Republican administrations have focused on enforcing existing regulations while Democratic ones tend to draft new regulations and methods of enforcement, leading to higher numbers of compliance audits during Republican administrations. Despite this relatively consistent pattern, traditional enforcement trends are changing. The former Republican-nominated Director of OFCCP, Craig Leen, left the agency poised to achieve greater enforcement numbers (in both quantity of audits and number of fiscal settlements).

Immediately following President Biden’s inauguration last week, Jenny Yang was appointed as the new Director of OFCCP. As the previous Chair of the EEOC (2014-2017), Director Yang is well versed in employment discrimination and equal opportunity enforcement. Her appointment reaffirms the administration’s efforts to move OFCCP forward in the pursuit of an aggressive enforcement agenda.

Executive Order 13950, controversial amongst equal opportunity advocates and employers, was rescinded as one of the new administration’s first official actions. The new “Executive Order on Advancing Racial Equity and Support for Underserved Communities Through the Federal Government,” describes equal opportunity as “the bedrock of American democracy” and reaffirms federal policy to “pursue a comprehensive approach to advancing equity for all.”

The new order affects governmental agencies – not federal contractors – tasking the Office of Management and Budget (OMB) to partner with the heads of other agencies to study methods for assessing whether agency policies and actions create or exacerbate barriers to full and equal participation with respect to race, ethnicity, religion, income, geography, gender identity, sexual orientation, and disability.

The new administration also formalized its commitment toward protecting and advancing the rights of the LGBTQ+ community by signing the “Executive Order on Preventing and Combating Discrimination on the Basis of Gender Identity or Sexual Orientation.” This new Executive Order states that “Every person should be treated with respect and dignity and should be able to live without fear, no matter who they are or whom they love.”

This Executive Order does not change OFCCP’s enforcement stance as these were already protected bases according to OFCCP regulations. Building on the U.S. Supreme Court case Bostock v. Clayton County, this Order requires all federal agencies to enforce federal laws prohibiting “sex discrimination” to include discrimination based on sexual orientation and gender identity. Included areas of enforcement in the Executive Order are, but are not limited to, employment, education, housing, health care, and credit.

What should I do now?

The short answer is to ensure you are complying with existing regulations with the realization that OFCCP is moving quickly in its pursuit of equality in the workplace (for example, it took 11 months during the prior administration to announce a Director of OFCCP). Kairos strongly recommends you review the new “Annual Action Checklist” and updated “IWD & VEVRAA Self-Audit and Outreach Assessment” forms found on the Kairos Client Portal, assigning responsibly for tasks contained in each to ensure your company is fully complying with your affirmative action obligations.

As always, if you have questions about anything contained in this email or the abovementioned forms, feel free to contact us by email or call 972-369-0015.